Driving (on the left)

Scotland is beautiful, and so are the people that have shared their time with me and helped me along the way. However, I still had my share of challenges in the Scottish Cairngorms. Firstly, there was the issue of recruiting participants, but I’ll address that in the next section. Second, there’s the driving: although I tried to be cool about it, driving on the left took some getting used to. But I can gladly say that after a mere three(!) days it seems that I finally caught on, and it became much more natural.

But why am I sharing this with you on a scientific blog? Because it is relevant to what I’m doing here. I have to drive people almost every day to the site, or even just drive myself and meet others there on time, so it really is something to consider. Trying to remember 6-7 different turns along the way, with Google Maps choosing this moment in time to go crazy or lose its GPS signal, were additional challenges. So, despite trying to save (a lot) of money on car rental, maybe at least taking an automatic (and not a manual) would have made things a bit easier. I also recommend what Dr. Jan Dick, my contact here in Scotland, told me to do (and I am glad I listened): if you have the time, drive a couple of times to “your” site before you take people there, so that later on things will go smoothly, and you’ll feel relaxed and in control.

Alongside driving, recruiting interviewees is, as always, the biggest challenge. I even downloaded a marketing audiobook to think of how to convince people to come with me on a walk (so essentially try to “sell them” on the idea of a walking interview). But more importantly, what did I discover myself? Several things. Maybe the most important lesson is that every country, region and even specific trails need specific recruitment methods. So think about the following questions: 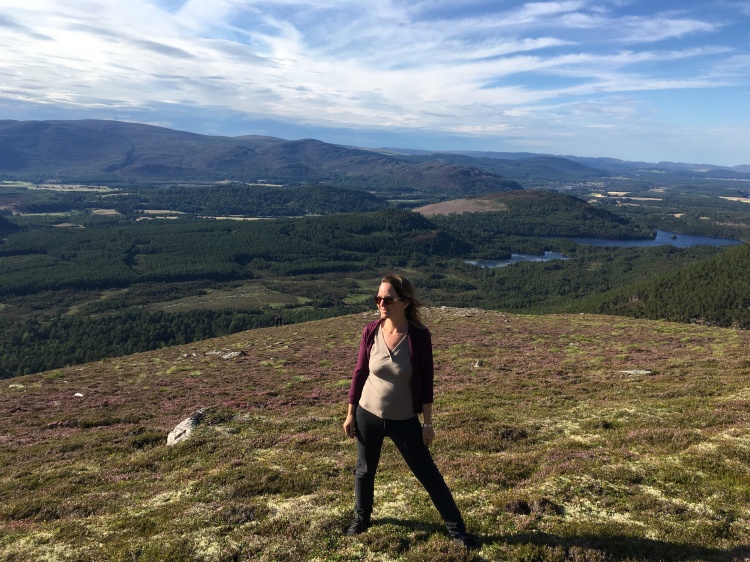 So, in Scotland Facebook just didn’t work for me. Regardless of where or when I posted or who I tried to approach, I did not get a single person to participate in the study because they saw the event or my ad on Facebook. Or in any of the other online or offline venues we used. The best we got was when we tried to recruit people, they said “oh yeah, I saw your ad in the paper/at the hotel lobby”. Not the Facebook one though. Social media, which got me between 30%-75% of my interviewees in every other site, failed miserably here.

What did work? People who know people, approaching people who seemed like they would be looking for something like this, and approaching tour guides and hotels, as well as fellow scientists and science-related professionals in the area. I can also say that in other countries university students were another good group to target, but not here, mostly because there is not campus nearby. Anyway, I personally believe that one should avoid taking too many students as participants, because that could skew your sample.

What did I have going for me? People in Scotland are friendly, they are good walkers, and they just love to help people out. “Could you do me a small favor?”, and “Is it ok if I ask you a question?” will never get a “no” here, so you’re one (ok, half) foot in the door already. Also, they have a really good sense of humor and I love to make jokes, so that helps with making the first connection. But yeah, it means that I had to be a bit of a salesperson, which I tried to avoid most of my life, and I also thought that I wouldn’t need these skills as a scientist. I am, however a “people person”, I do love my job and this project, and I do know that it can be really fun to participate in this study. And if some of that comes through in a conversation, I think that it can, at least for some, be enough to want to join me for a walk.

As in the other sites, and especially the Netherlands and Finland, I can also not stress enough how important it is to have the right contacts here, and to be in touch with the station managers and other researchers very early on in the game. In Finland it was Jaana and Terhi from Hyytiälä station (/Helsinki University). In the Netherlands it was David Goldsborough and my research assistants Lonneke Bitter and Jelle Westra from Van Hall Larenstein University. In Scotland it was wonderful Chris Andrews and Jan Dick, the latter also my partner in crime (i.e. my co-author), and has also aided me in contacting many of my recruits, who later on recruited some friends themselves.