I am Sofia Antonova and currently I am working at the Alfred Wegener Institute (AWI) and helping with the organisation of expeditions to the Lena Delta. I am also helping to coordinate Research Station Samoylov Island in the INTERACT. 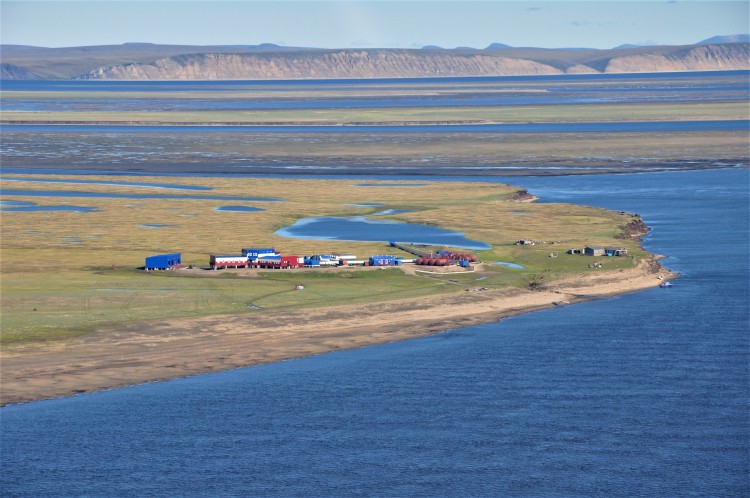 Since 1998 the research station on Samoylov Island in the Lena River Delta serves as a base for the yearly Russian-German Expedition LENA. The station joined the INTERACT network in 2011 and has been providing Transnational Access since 2013. With the opening of a new modern station on Samoylov Island in 2013, the expedition grew from a small group to a large international team of scientists and engineers from all over Europe and Russia.

The delta’s geomorphology is a result of a peculiar combination of fluvial and cryogenic processes. The whole delta is situated in the zone of continuous permafrost. The Samoylov Island exhibits a typical ice-wedge polygonal relief on the one side, and a typical floodplain on the other side of the island. There are multiple past and ongoing investigations on the cryogeomorphology, energy and greenhouse gases balance, biochemical composition of soil and water, paleoenvironments, vegetation, and zooplankton. Vast amount of field data enables validation of various modelling and remote sensing studies. In the direct vicinity of the island there is a big remnant of a Yedoma Ice Complex which prompts research on paleoreconstructions and on organic carbon deposits in this specific environment.