Around the world, organic soils store an incredibly large proportion of the terrestrial carbon pool. As the climate changes, these soils are releasing more carbon to the atmosphere, both directly as carbon dioxide, and indirectly, via water. Once the carbon is in surface waters, such as streams, rivers, reservoirs and lakes, it can decompose releasing more greenhouse gases, or eventually be stored in sediments or the sea. While being transported in the water the carbon compounds can change in composition and concentration as it is subject to various in-stream processes. The characteristics of the landscape, soils, streams and vegetation will impact the composition and concentration of the carbon compounds, which in turn will impact the proportion that is released as carbon dioxide, the proportion that travels through the river network, and the proportion that is buried in sediments or the sea. 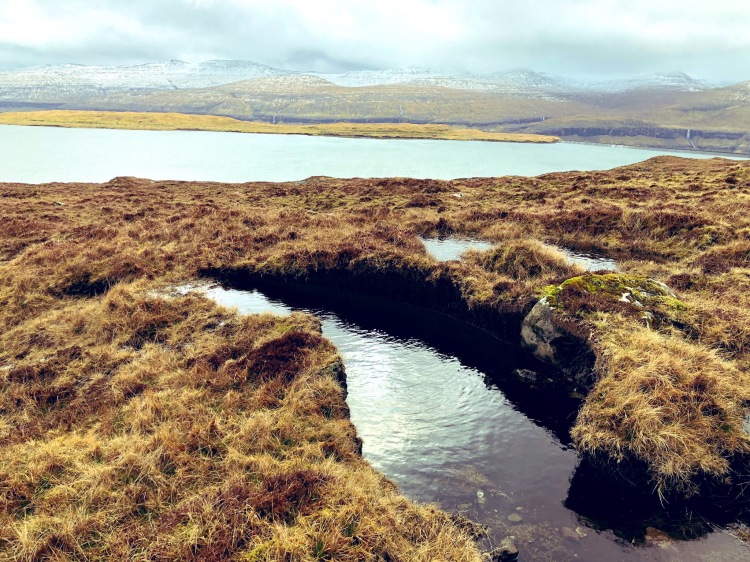 I am carrying out a survey of areas with highly organic soils, to investigate the composition and concentration of carbon compounds in the water, to determine the link between landscape, soils, streams and vegetation. The Faroe Islands provides a unique opportunity to study these factors in an environment similar to those in the UK, but with a cooler climate and higher oceanic influence. The organic soils of the Faroe Islands are relatively under-studied, and therefore their contribution to atmospheric and fluvial carbon is relatively unknown.