I had a couple of streams and lakes I wanted to visit on the south end of Eysturoy. These are approximately 5 km away from Tórshavn, and driving there is possible, thanks to a bridge across the Atlantic, here called Sundini. However, the drive is quite spectacular. It’s 70 km and takes over an hour to get to Runavik. Getting from Runavik to Strendur, across the Skálafjørður, a direct distance of only a few hundred metres, takes half an hour and is 27 km. It definitely counts as a scenic route.

Work has begun on building the longest sub-sea tunnel in the world – an 11 km tunnel, linking Tórshavn to both Runavik and Strendur on south Eysturoy, including a sub-sea roundabout. Once finished, the distance from Tórshavn to Runavik will be 17 km, significantly shorter and much faster. However, it does mean that fewer people will go the way I went – around every headland, bay and rock – and experience the spectacular scenery.

The two sub-sea tunnels that have already been built are quite amazing – smooth, wide roads in well-lit, relatively straight tunnels. There are 18 other tunnels on the islands – the majority of these are a quite different type of tunnel. Most are single lane with passing places, without lights. My car felt very wide… Travelling from my apartment in Tórshavn to Viðareiði on Viðoy took me through 7 tunnels, totalling 20 km underground in a journey of just under 100 km. In total there are 44 km of tunnels over, under and through the islands. One island, Kalsoy, has 4 main tunnels of 5.2 km in total, impressive for an island approximately 17 km long. There’s also a ‘hidden’ short tunnel allowing easier access to grazing land in Djúpadalur. I can’t imagine herding sheep into a tunnel is easy…

Another feature of travelling around the Faroe Islands is the ferries. These vary from small passenger boats that take you from Tórshavn to Nólsoy (30 minutes) to large ships that travel to Suðuroy and back (2 hours). I also travelled by ferry to Kalsoy and Sandoy, but unfortunately didn’t have enough time to get to Skúvoy, Hestur, Svínoy or Fugloy.

The most spectacular way of getting around the islands is definitely the helicopter. It’s quick, relatively cheap, and amazing. Even though there are restrictions on when and how you can use it, I’d definitely recommend it to any visitor to the islands! 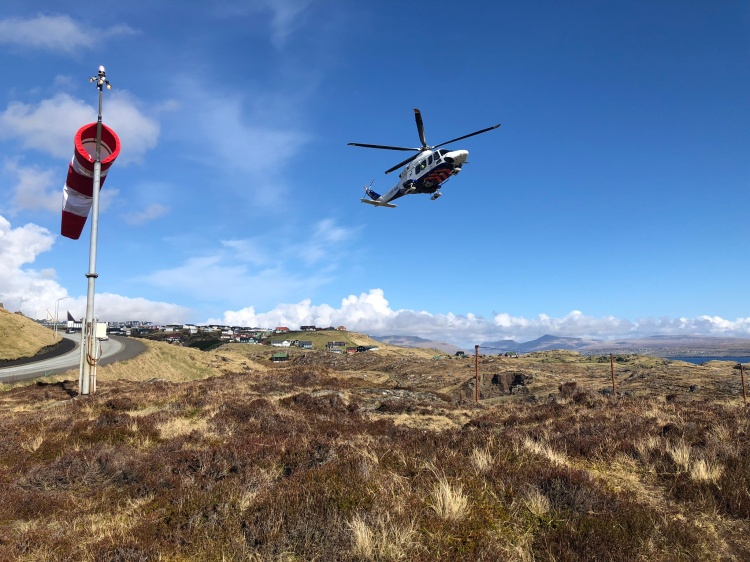