Snow that appears white-to-eye can actually contain tiny black particles in amounts that can be important to climate change. This we have learned from our work on aerosols in snow and ice.  We have found that small  amounts of such particles can induce snow and ice melt, but we have also shown that very large amounts can prevent snow and ice from melting. 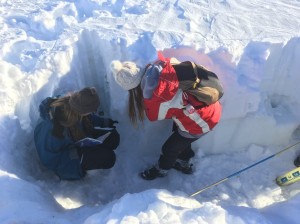 This is how it works in smaller amounts: When light-absorbing aerosols, including soot (black carbon, BC), ash, wind-blown dust, and the so called brown-carbon fraction of organic carbon (OC), deposit on snow and ice, they reduce surface reflectivity (albedo) and induce melt of darker surface, which again lowers the albedo and increases melt via a feedback mechanism.  Albedo feedback is one of the mechanisms causing Arctic amplification (AA). Meaning stronger climate change in the polar regions. Pithan and Mauritsen (2014) say in their Nature paper that surface albedo feedback is the second main contributor to AA, right after increased downwelling longwave radiation.

Our BLACK project (2018-2019) focuses on Arctic climate change and investigates BC, OC and dust in the cryosphere and natural water, and drinking water of the three EU H2020 INTERACT stations visited. The collected snow, ice and water samples will be filtered during the visits and we will analyze the filters in the laboratory at my home institute FMI, Finland. 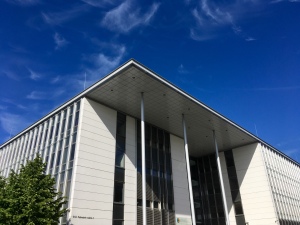 BLACK aims at filling geographical gaps in the current BC data collection concerning cold climate regions at high altitudes and high Arctic latitudes, and fulfilling some of the Finland’s chairmanship program goals for the Arctic Council 2017-2019.  BLACK contributes also to an ongoing Academy of Finland NABCEA–consortium project of “Novel Assessment of Black Carbon in the Eurasian Arctic, From Historical Concentrations and Sources to Future Climate Impacts (2016 – 2020)” (https://www.esrl.noaa.gov/psd/iasoa/node/206).