A dream came true for me this summer: to study the fauna of Greenland. Is there anything more exciting for a zoologist to observe free wildlife in vast Ice Age areas … polar bears, humpback whales … ? Yes there is, if you are a specialist of enchytraeid worms: to fumble in decaying, stinky seaweed on the shore, to search for one specific species of small, slimy, whitish worms – and then to find it by the thousands. 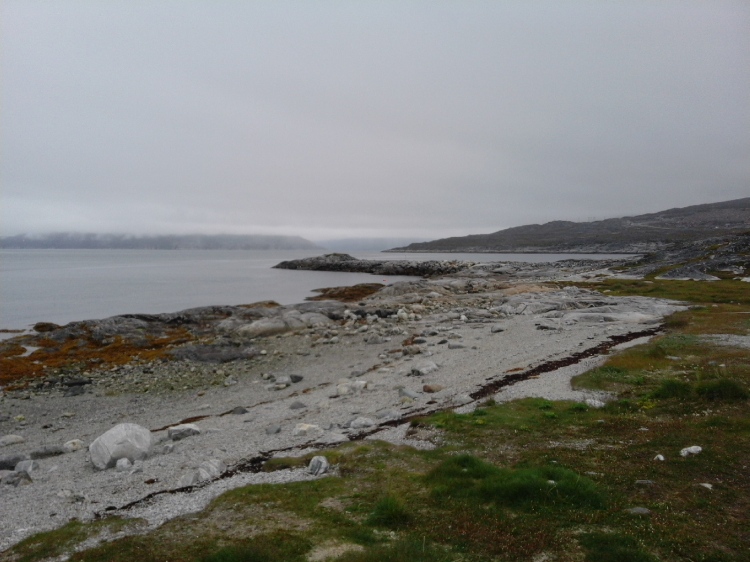 Seashore in Nuuk. E. albidus is found in and below the uppermost dark-brown layer of decaying seaweed.

Its name is Enchytraeus albidus – the “compost potworm” – a species of small oligochaete worms of the family Enchytraeidae. They are relatives of the earthworms. E. albidus occurs abundantly in decaying seaweed on the seashore. It is easily maintained and reared in the laboratory. The species is being sampled this summer at numerous places in the Arctic and further south to obtain populations from different climatic regions (Interact project GENEFREEZE). Later on, the genetics of cold tolerance of this species will be investigated, comparing the gene expression patterns of the different populations. My part was to find the species in Greenland around Nuuk and Kobbefjord and to send living populations to the University of Århus, where the experiments will take place. 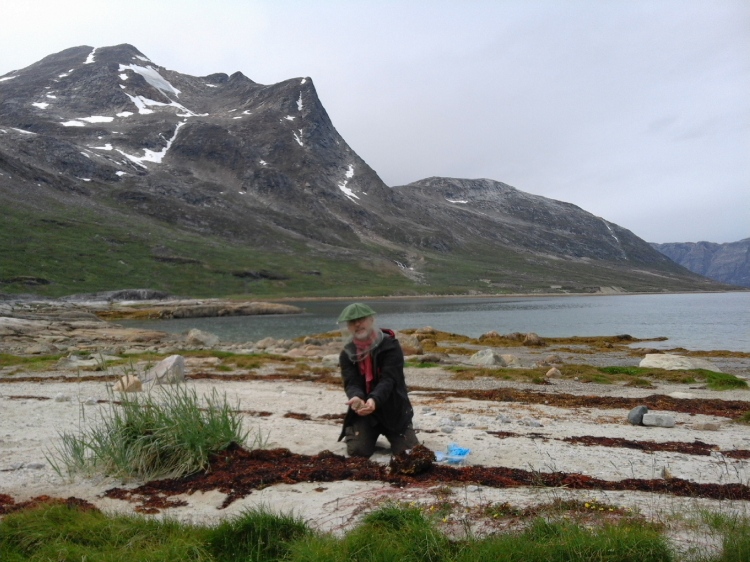 Picking up Enchytraeus albidus worms amidst a beautiful scenery and thousands of flies. 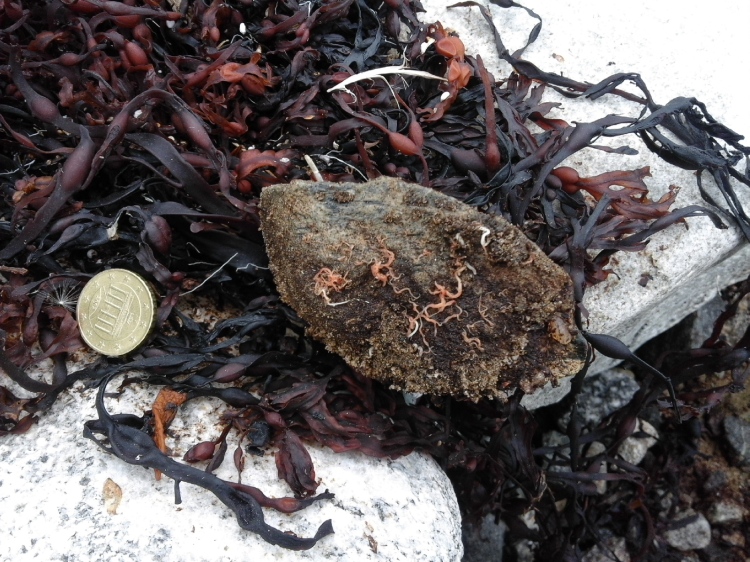 A stone that was embedded in sandy sediment below rotten seaweed, turned downside up. Dozens of enchytraeid worms are crawling on the moist surface. The white worms are Enchytraeus albidus. Most of the worms here are rose in colour, and belong to species of another genus (Lumbricillus sp.). 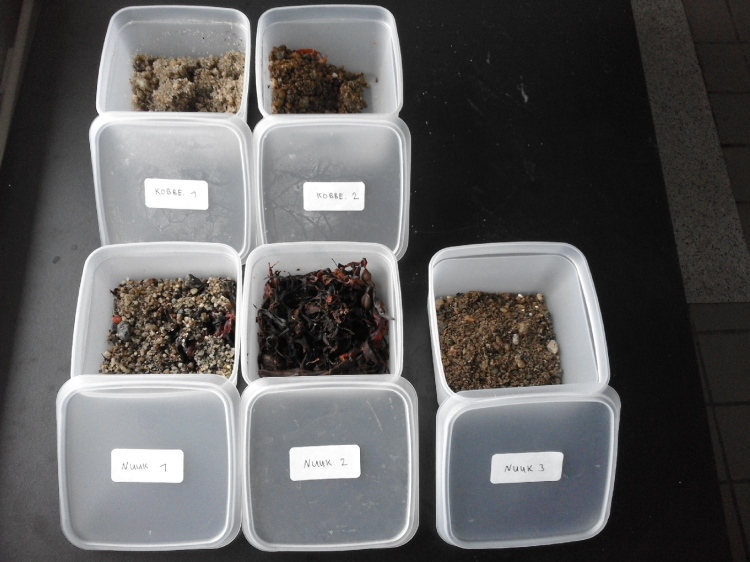 Beakers with original sediment from different collecting sites, each containing a subpopulation of ca. 200 E. albidus worms, to be shipped.

Worms were sampled either directly in the field, or from substrate carried to the laboratory of GINR, the Greenland Institute of National Resources. I picked them up from the substrate with featherweight forceps or the naked finger, or by submerging the sample in a dish filled with seawater: worms would emerge from the substrate with typically winding body movements and could be taken up with a plastic pipette. They were placed in about 200 gr of original sediment sample and kept cool before shipping to Århus University.