Dr.’s Emily Stevenson (University of Cambridge) and Mel Murphy (University of Oxford) are both early career researchers in Earth Sciences, and this summer they will be undertaking hydrological sampling of the Zackenberg River and surrounding tributaries for their INTERACT project ‘CarbFlux’. Em and Mel are both accomplished isotope geochemists and specialise in the precise and accurate measurements of elemental and isotopic compositions of Arctic river waters (and sediments).

Chemical weathering of continental rocks is a fundamental process in the carbon cycle and controlling climate stability. In a rapidly warming Arctic, it is critical to constrain the role of weathering processes in controlling global biogeochemical cycles and to quantify the contribution to global chemical weathering fluxes and CO2 drawdown. Together, they will utilise a multi-proxy approach to investigate links between the chemical compositions of the riverine dissolved load and suspended sediments with silicate, carbonate and sulfate weathering processes.

This project will utilise measurements of stable lithium and strontium isotopes, stable isotopes of sulfate and major elemental abundances of river water and sediments to: (i) better understand how rocks are dissolved and the effect glacial ice and permafrost have on accelerating (or decelerating) these processes; (ii) link such processes to the fluxes of CO2 through large Arctic river systems, and ultimately (iii) compare rates of CO2 uptake and release in this region. 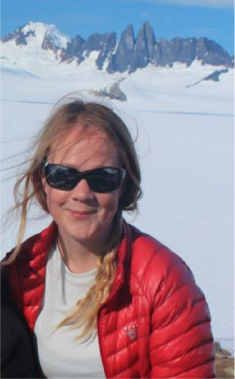