After we had finished the collection of data on the Brøggerbreen moraines, we started fieldwork on foreland of Lovénbreen. Fortunately, weather got better and we were having a few pretty sunny days. We decided to start fieldwork on moraine of Austre Lovénbreen. Because of quite far location of above-mentioned moraine from Ny-Ålesund and lacks of roads, the bikes were no longer sufficient type of transport and we had to reach the study area by boat. 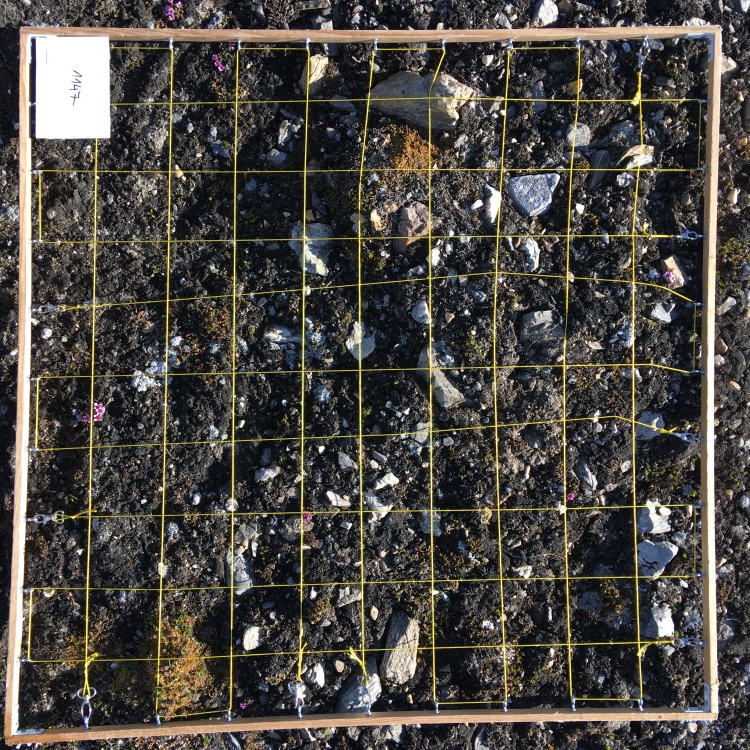 After preparation of research equipment, we took the Helly Hansen suits and went to the marina where irreplaceable Wojtek Moskal with his boat was waiting for us. The Helly Hansen suits were not the most comfortable suits we have had wear but travel by boat was really exciting. Unfortunately, rather short, because we reached the coast in less than 15 minutes 🙂

This time our aim was to do 25 plots and collect 25 soil samples. After the research conducted at Brøggerbreen moraines where we had numerous problems with crossing glacial rivers, we were expecting the worst. However, the Austre Lovénbreen moraine turned out to be very friendly. Comparing to Brøggerbreen moraines it was much more flat with calm and rather shallow rivers that were easy to cross. Thanks to that, as well as favorable weather, we managed to achieve our intended plan in less than expected time 🙂

Three of five glacier moraines were done 🙂 Now we had to investigate the Midre and Vestre Lovénbreen forelands. We felt positively motivated to work in the field. We had a few days of good weather to finish fieldwork.  After a very pleasant work on Austre Lovénbreen foreland, the moraine of Midre Lovénbreen turned out to be more demanding, while the moraine of Vestre Lovénbreen proved to be a great feat. The last one was characterized by a very varied form of terrain with numerous hills with steep slopes and high elevations. Also, the glacial river was much more dangerous here, and its course, like the courses of other glacials’ rivers, has changed since the last mapping of the terrain. Despite all these difficulties, we managed to finished the fieldwork. Each glacier proved to be different, not only in terms of geomorphology, but also in the occurrence of some species – we will see what will the results bring 🙂 Now, you can enjoy the photos of last two of studied moraines, some crypto-species we found during staying in the field and the link to short video 🙂 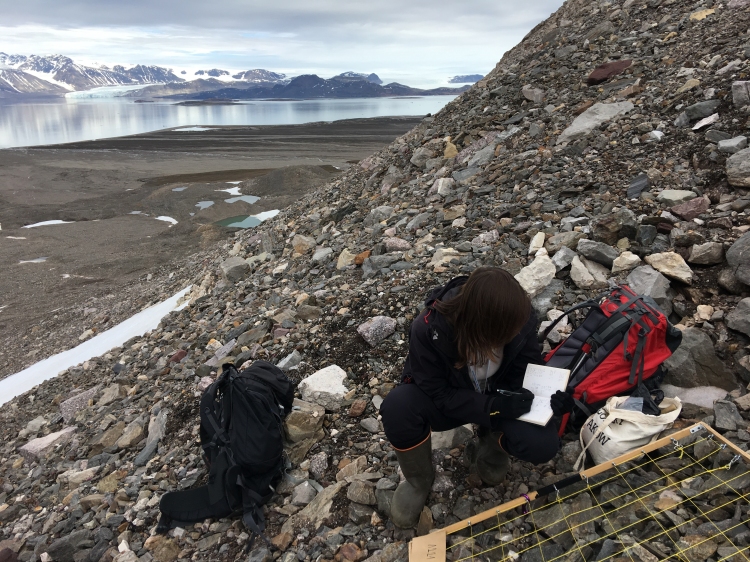 Sampling on moraine of Vestre Lovénbreen. 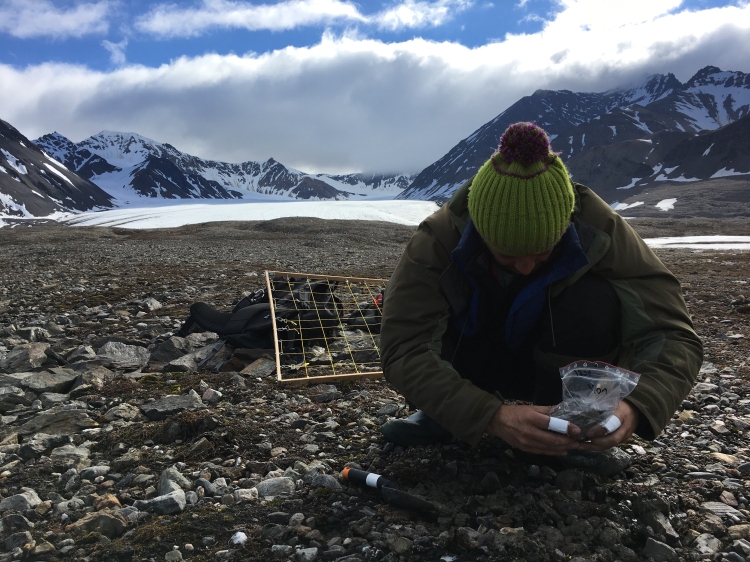 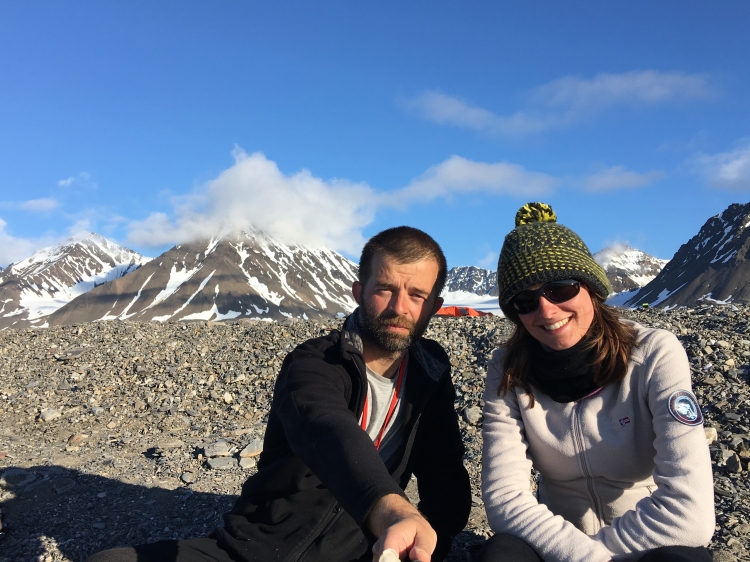 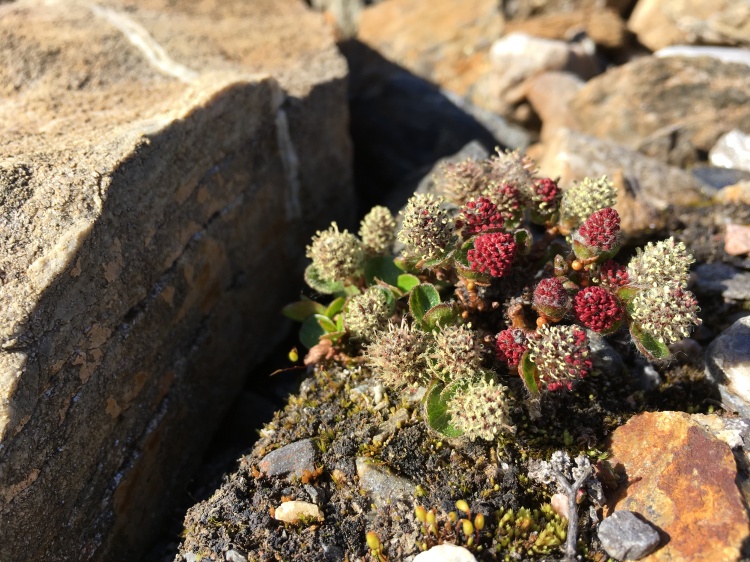 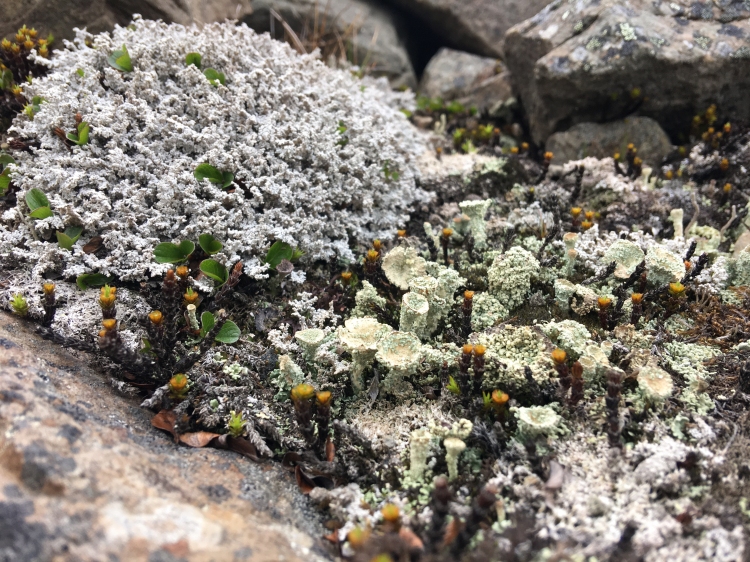 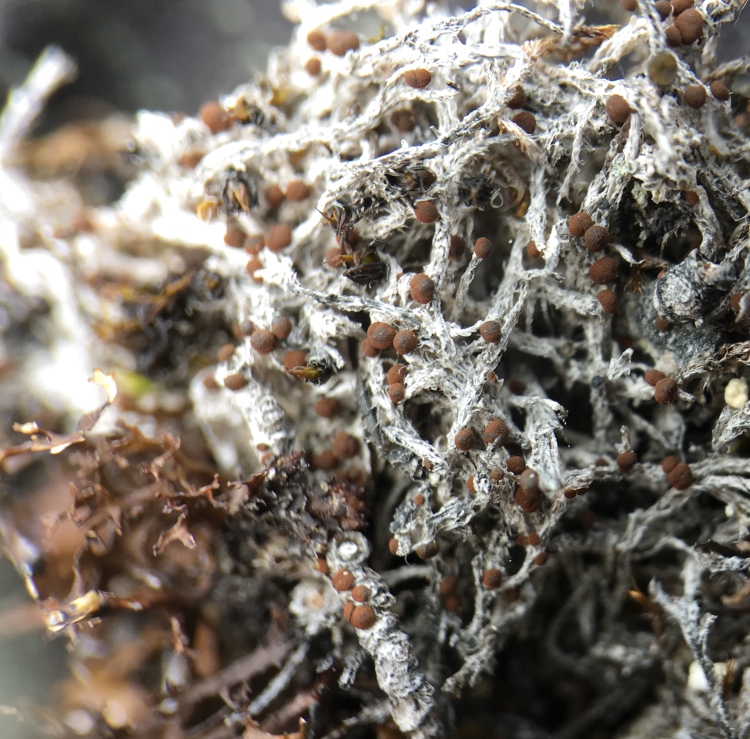 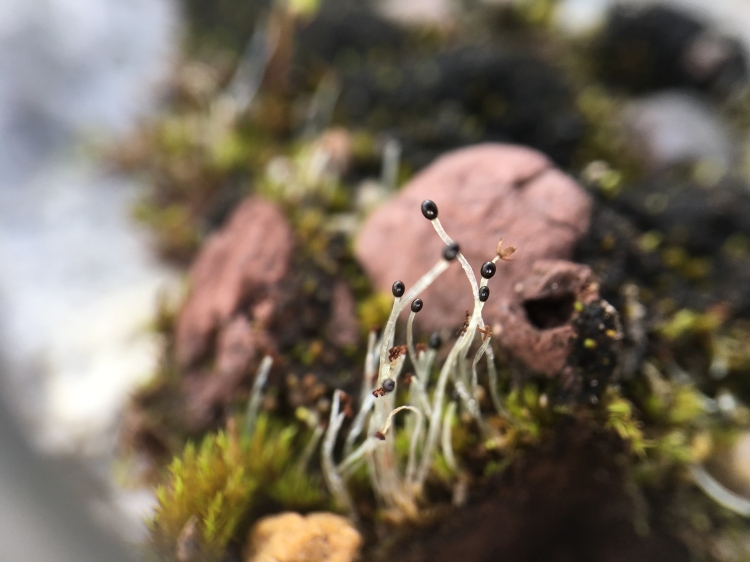 One of the liverworts which we found near glacier forehead.